why don't you order TOTORO or your favorite cartoon for birthday cake! Introducing "Izumi sanno cake" 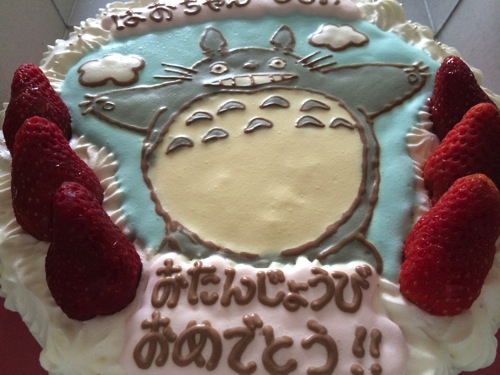 I consider myself as eat or die desert guy. I appreciate how sugar makes people(me) happy (sometime too much) and how beautiful the name and design can be.

Like Mille-Feuille (thousand leaves) and Eclair(lightning)(how romantic is that!?) When I was young living in Tokyo, I was an amateur...I was closed minded..I did not like trying anything new..

I was only hooked on one thing..A strawberry short cake from store called Fujiya. But now, I am a grown up and father, my desert world is bigger and better, if there is a patissier, there will be MOI saying MERCI.(excuse my French)

Back to the topic. My daughter just turned 3 and this year I ordered her birthday cake from "IZUMI sanno Cake". A member from the club have told me about the place and this year I made sure I had enough time to place an order. (I have attempted last year but did not give enough days)

It is located at Soi 35, Sukumvit (first floor in Tippy court)They are known to make character designed cakes (I had to make a choice between Snoopy or Totoro. They are my daughters favorites)

The cake tastes so good, not too sweet just the way I like and my daughter was very happy.

My Neighbor Totoro (となりのトトロ Tonari no Totoro?) is a 1988 Japanese animated fantasy film written and directed by Hayao Miyazaki and produced by Studio Ghibli. The film – which stars the voice actors Noriko Hidaka,

↓I am dedicating one here to Coach Sakai who shares same birthday with my daughter. (My daughter is cuter j/j) 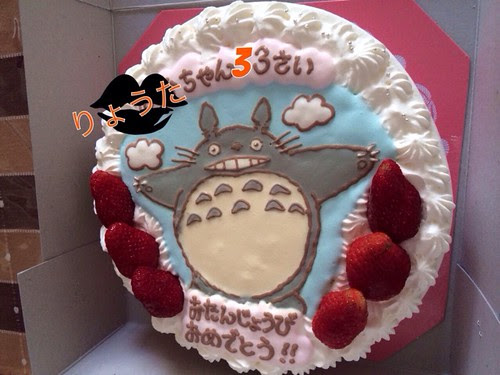