Djokovic 'the father' along with a few well known players. 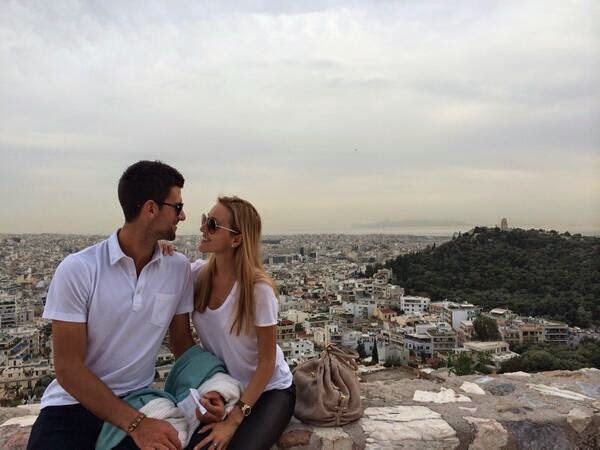 Heard the news that the big man is going to be a future father. Mr. Novak Djokovic and fiancé Jelena Ristic will be expecting their 1st child.  Following the news that Roger Federer is expecting his 3rd child on the way and now hearing news about Djokovic's child sounds like baby fever in the air!

A few well known faces on the Mens Tour who are Dads: 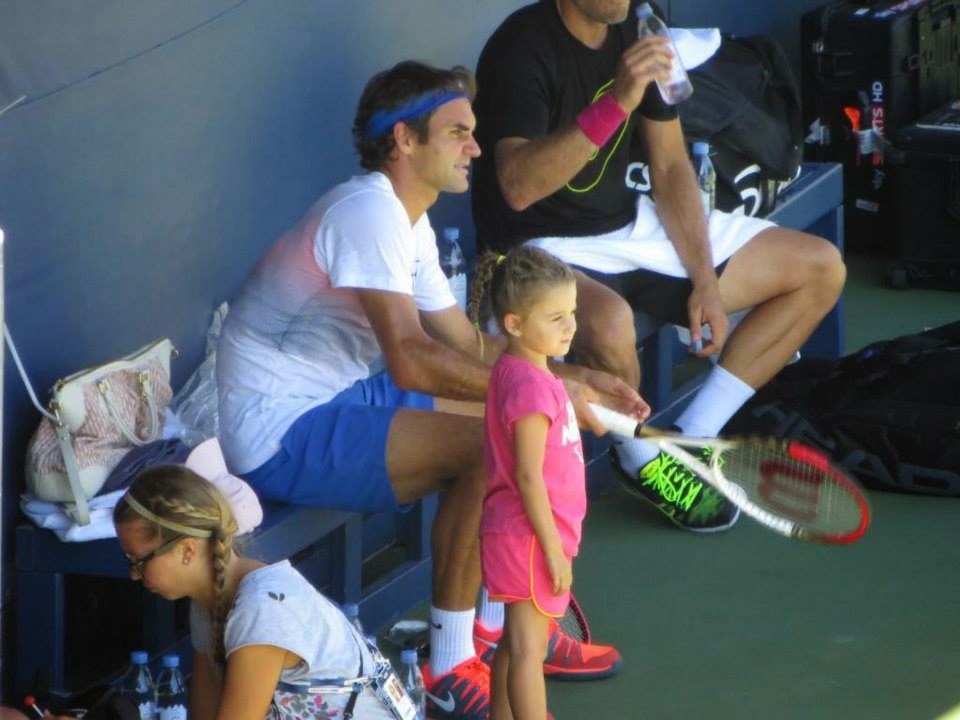 1.Roger Federer on court with one of his twin daughter's  Charlene Riva or Myla Rose. 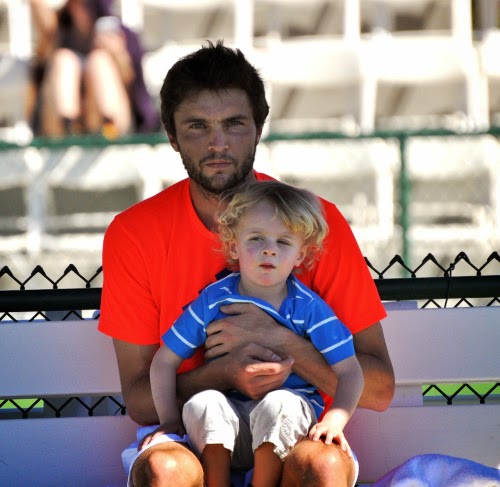 2.Gael Simon who is a french tennis professional with son Timothee 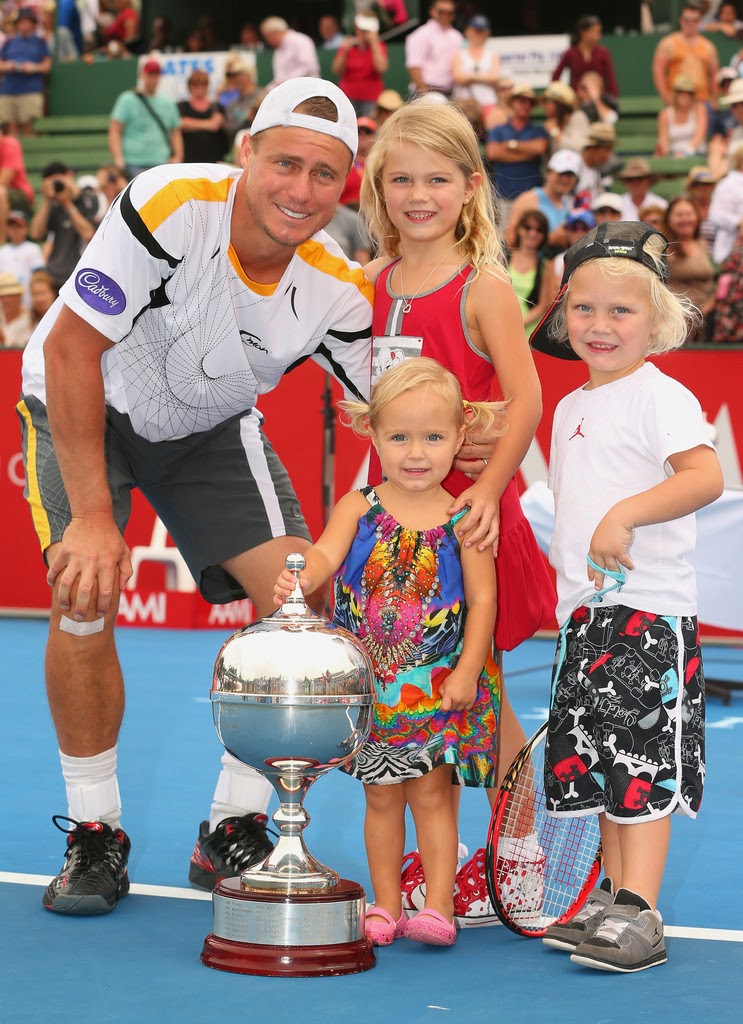 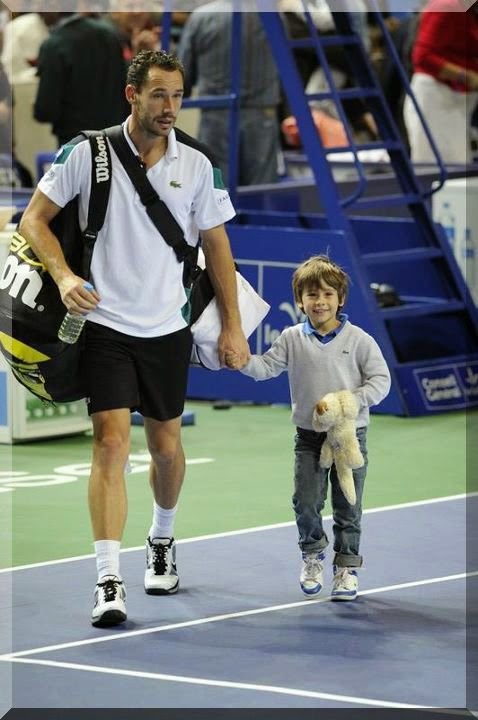 4.Michael Llodra walking on court with his son Manon. 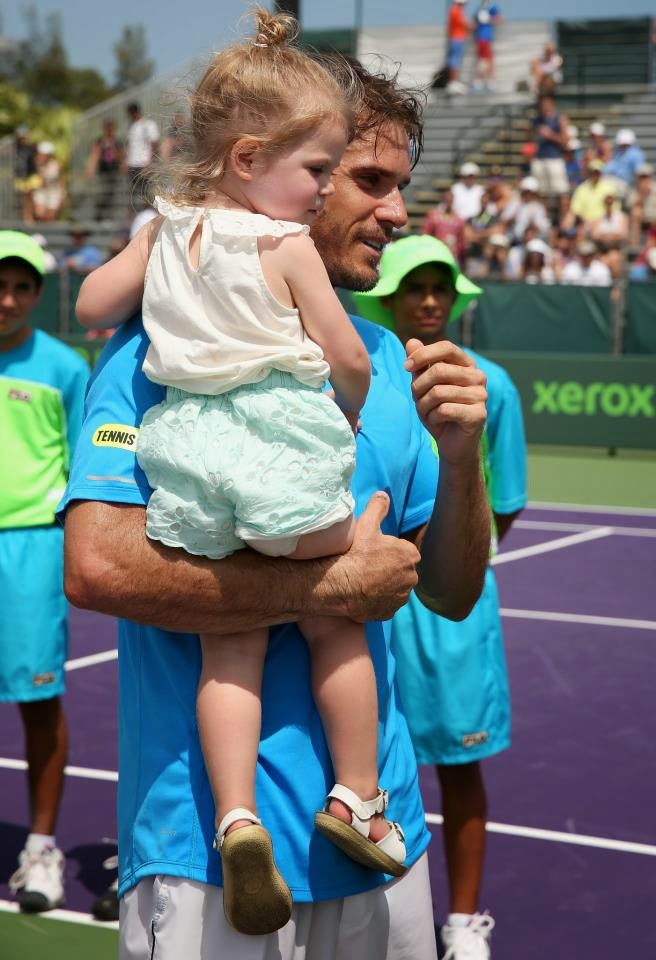 There are many more and even on the woman's tour one female in particular comes to mind Kim Clijsters (Belgium),who came back on tour in 2009 after retiring and having her child in 2008. Two years from retirement Kim Clijsters rose back to world no.# 1 in 2011 for the second time. 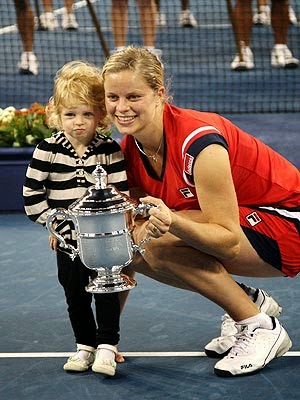 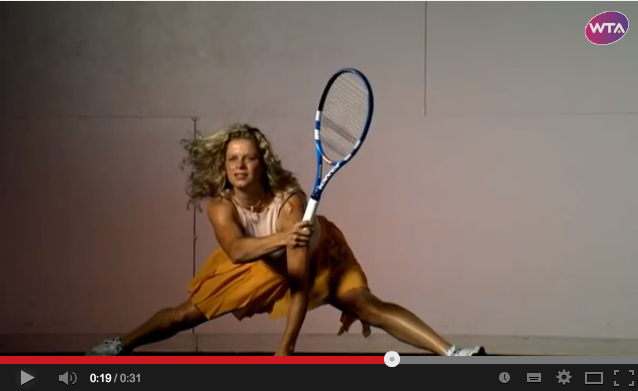