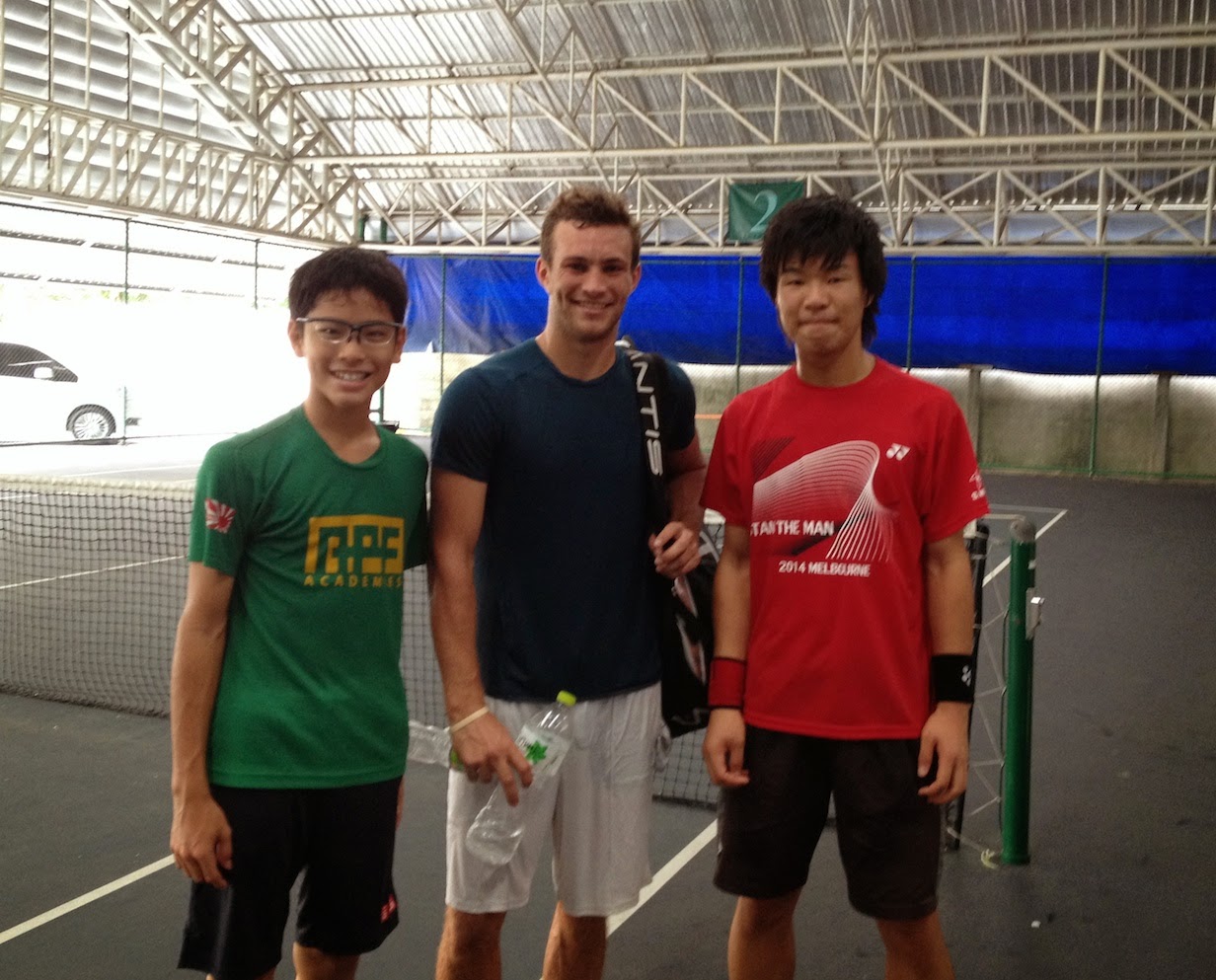 Yesterday our Koki Matsuda[14] (players class) and visiting junior from Japan Toshimasa Uchiyama [17] were able to practice with professional tennis player Kelsey Stevenson [24] from Toronto, Canada.  Kelsey is a graduate from Bangkok Pattana school and has extensively lived in Bangkok, Thailand. One of his best friends is Milos Raonic!

Koki and Toshimasa were able to exchange some 2 on 1 rallies, volley vs ground stroke, and finish up with 7 point tie-breaker games. They really enjoyed being in the moment. Kelsey has an aggressive style of play with a mean forehand and one handed backhand. He enjoys plays such as 3rd ball strike. The two boys both felt the speed and power come from Kelsey's shots quite different from the juniors.  It gave the two boys additional inspiration to working hard.

Kelsey recently came back from the Rogers Cup ATP 1000 Masters Series in Toronto where he received a wild card to play in the qualifier against Vincent Millot (France) 4-6, 2-6. He will now head to Taiwan Futures to get back with his team led by coach Paul Dale.  Kelsey coming off from an extensive eight month recovery is hoping to get back on the Challenger Tour and get his ranking back up. He favours doubles versus singles. 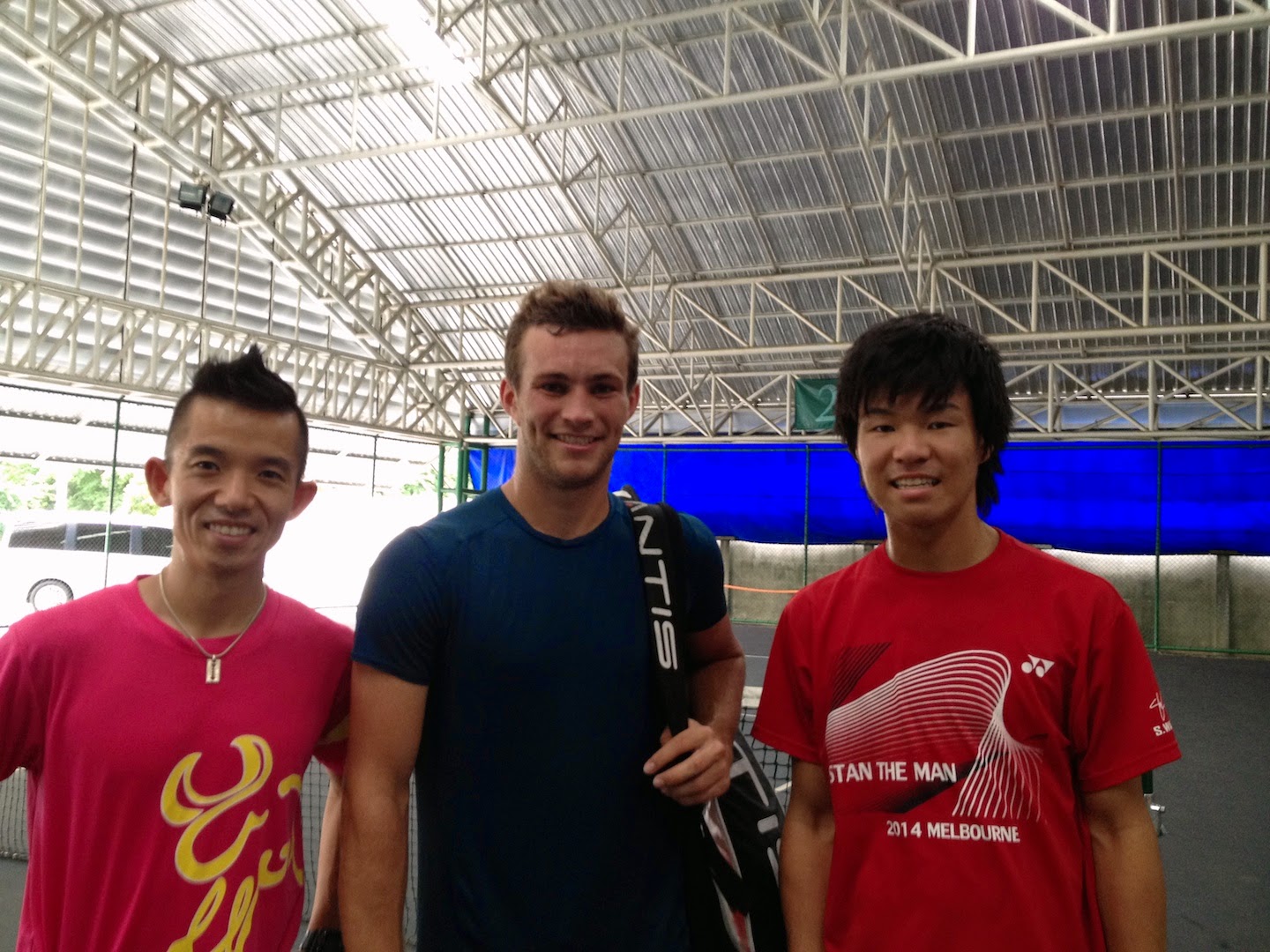 "All the Best Kelsey!" We hope to see him come by APF Academies again to practice with our players.