Hello everyone the FIFA WORLD CUP is approaching with less than one month away. The official starting date is Thursday, June 12th and ends Sunday, July 13th.  What is different about this years world cup is the type of ball they are using called the 'Brazuca'. 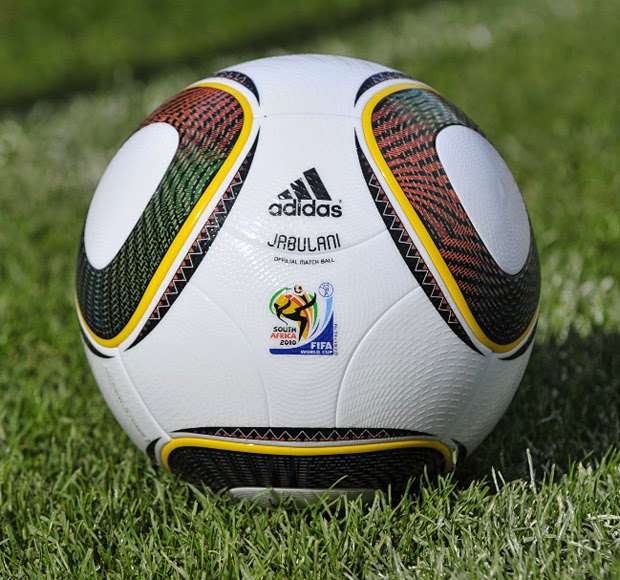 In the last world cup the official ball was called the 'Jabulani'. This ball was criticised by many players because of its unpredictable ball trajectory especially when a knuckle ball is hit. Experts in the field of aerodynamics have explained there are several major components to how a ball will behave in flight.

1. The roughness of the ball.
The amount of roughness will determine at what critical speed is needed to create the 'knuckling' effect on the ball.

For the Jabulani which is a more smoother ball with more seams compared to the Brazuca, experts have stated that the seams affects the accuracy of the ball path.  The smoother the ball the higher speed at which the ball knuckles.

Just to compare some figures, the older more traditional balls stitched internally had 32 panels where the knuckling effect occurred around 48km/h.
With the smoother Jabulani ball the numbers were more like 50km/h. (during a free kick.)

This year the Brazuca ball is more rough textured and has dimples on the outside which will help stabilised the ball better.

2. The Geometry of the ball
The Brazuca has 6 thermally bonded propeller-shape panels which is 8 less than the Jabulani. Compared to other balls 14 less than the 'Teamgeist' and 32 less than historical balls.
For the Brazuca the seams are 1.56 mm deep versus the Jabulani's  .48 mm.
Jabulani seam length 203cm vs Brazuca 327cm which in essence make the Brazuca ball behave more like a traditional ball. 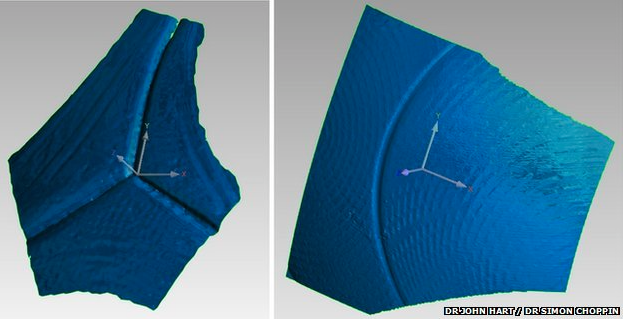 Final Thoughts:
I am not a physicist and when talking about low pressure and wake I became a bit lost, but basically a  rougher balls travel further through the air more efficiently  for example, how the football seams agitates the air, the dimples on a golf ball, or the fluff on a tennis ball. The agitation is necessary for fast and reliable flight path. A perfectly smooth ball experiences large amounts of drag force.