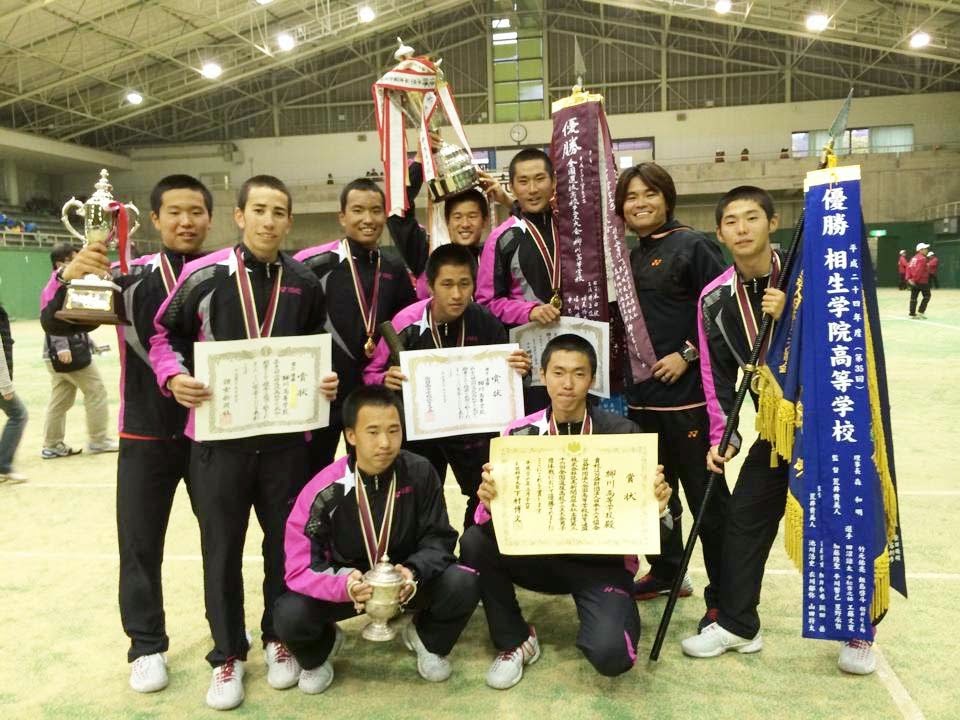 Hi, it's Sakai.
Mr. Ryo Machida who used to play in our players class while his family was stationed here in Bangkok, played in AlL Japan Highschool tournament(National)and his School "Yanagarwa Highschool" has won the title.

This tournament is consist of three singles and two doubles per battle. Whichever wins more wins.
Against Tokaidai Sugao In the final, Yanagawa lost first singles and doubles (that is 0 for Yanagawa and 2 for Tokaidai Sugao), Tasuku was set to play as singles number 2 and he did great to bring a win. He was a key winner to bring the luck back to Yanagawa.

Tasuku had a bitter experience last year, in Final of the same National tournament, at win results of 2-2 he was chose to play for last match. And he could not win.
I received a message from last night saying "I am ready to play and erase all the bad memories of last year."」

A man in his words. What an accomplishment in a year.

We wish best of luck and more great success!

A lot of members in Yanagawa have participated in Allout 2013 here in Thailand.
They always practice so hard for their goal, which is to win this title as a team.

Congratuation to coach Motomura and members of Yanagawa family. 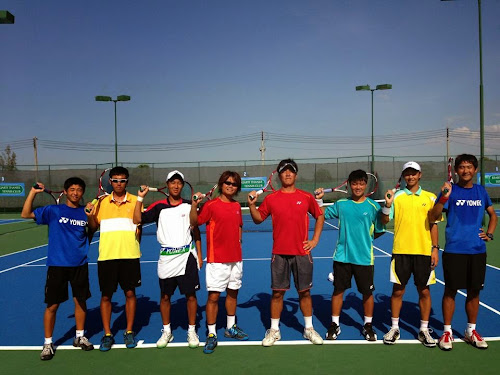