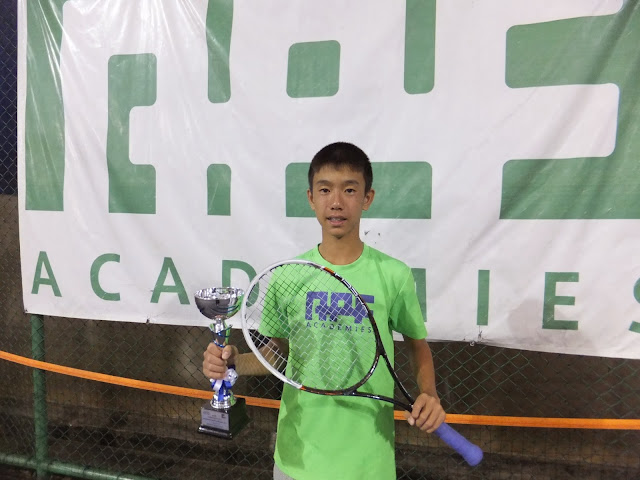 It's Sakai. The day before yesterday our players class Palm (13) competed and won a Thai PTT Magazine local tournament.


This year he had played in four finals coming up short so he felt strongly about coming up with a victory in the match. He had also switched from his previous Babolat to Head.  With his new gear we look forward to seeing further breakthroughs. In the same tournament, also in the players class Matsuda Koki (13) competed in the 18 & under category and placed top 8. Also,  in primary school year 5 Kosei Takayanagi and year 6 Keito Nakanishi both broke through their 1st round barrier in a grade 4 tournament. During this week at the Rama Garden, hosts the U14 ATF tournament where junior high year 2 Masaki Koga and junior high year 1 Kanon Iwakuma are competing. Everyone will continue to try their best and we wish for everyones support!!