Hi everyone! I've been recently capsulated by the logic surrounding the '16 seconds' between each point in order to set ourselves up optimally for the next point. There has been a lot of focus that 70%~80% of a tennis match is played not actually during the points but between the points.  How players are able to handle themselves physically and mentally after each point.


Watch how Roger Federer deals with the next point with the previous point lost in 16 seconds. 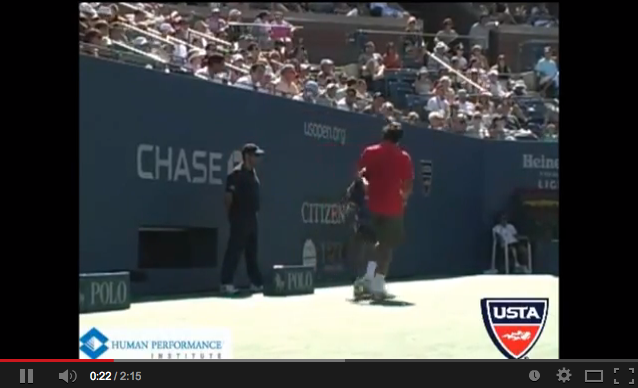 What is going through Roger Mind?


So watch what Roger does to set his rhythm up for next service game.  (PHYSICALLY)
1.  After his 'scream' he regains composure right away. (Calm)
2.  Walks back slowly with his racket in  non-dominant hand
3.  Wipes sweat off from his forehead and arms taking his time
4.  Walks slowly up to the baseline taking his time
5.  Gets into his service routine to start the game

So the next time you are on the court try practicing the '16 seconds'  and make a routine for yourself. Focus your ENERGY on how you are dealing with those moments between the point. And as always...